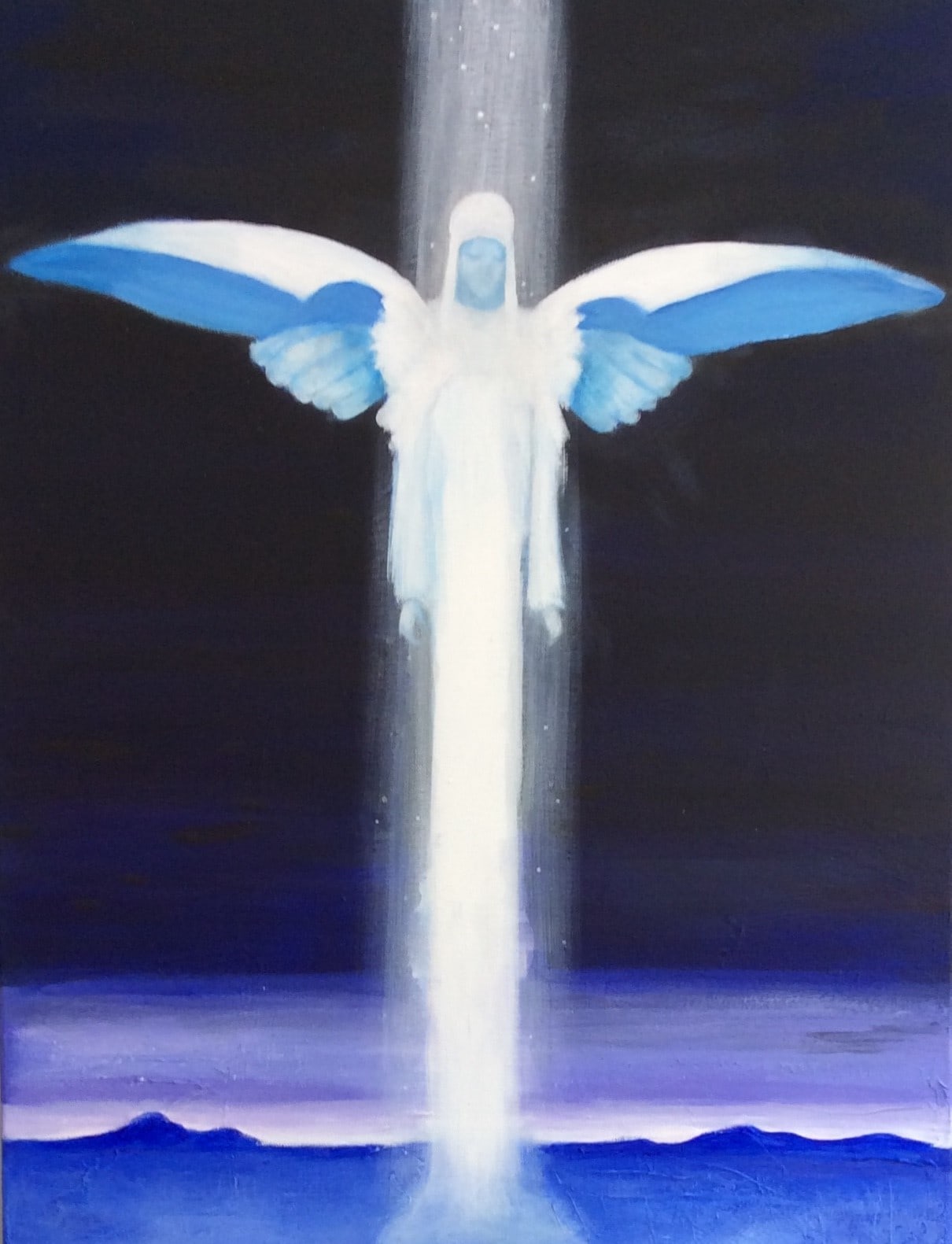 For Clare (Claudie) Caldwell art is the initial impulse,  a filter through which to decipher subliminal, pre-cognitive and cognitive responses to her inner and outer worlds, a way of making sense of and sharing ‘conversations’ about things that are important. In Time is an allegorical narrative of paintings on Angelic intervention: its arrival, its absence and its re-intervention.

The exhibition is a response to the imagery that has mentally and spiritually bombarded the artist, often seemingly random, but now forming a cohesive whole. It has an urgency about it. It seems it is a story that wants to be told.

Clare believes one of the roles of the artist is to ask the hard questions, to challenge established beliefs, like a societal watchdog. In a world currently dominated by the cult of the decadent, the ugly and the secular, art has largely abandoned its role of transcending these dystopias and connecting us to an ‘otherness’ – a connection to what is Divine, that connects to the Divine within us.

It is a loss that severs what she believes to be the pursuit of our sacred purpose on this planet.