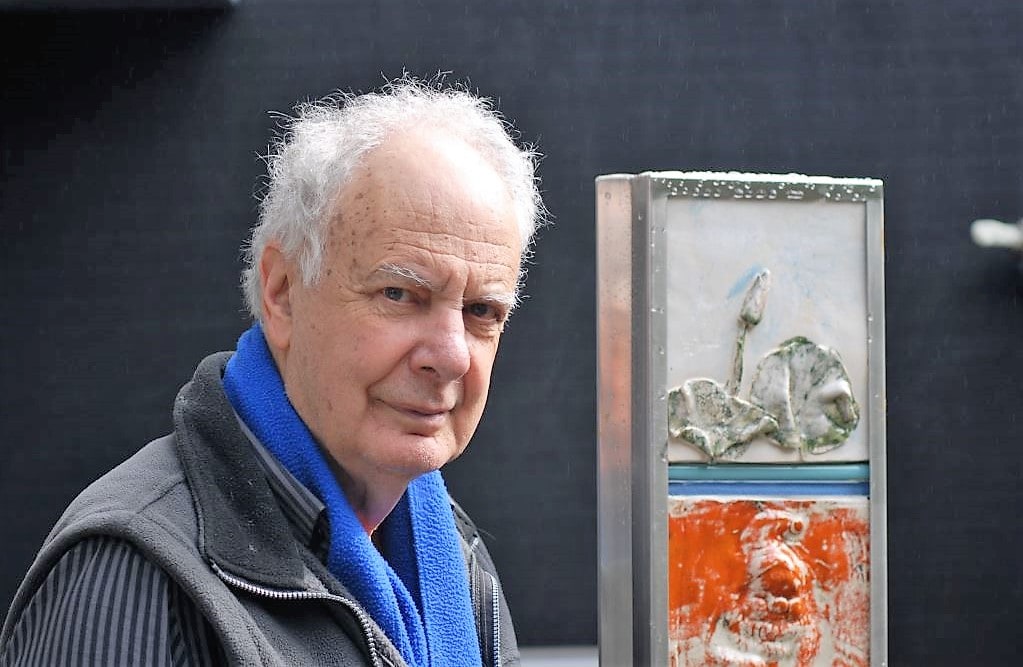 The Depot is proud to present a survey of John Papas’ works from his longstanding career.  John Papas was born in New Zealand in 1942 of Scots/Greek parentage. He is regarded as a senior New Zealand artist, with works in the permanent collections of the NZ Government, British government and many private collections throughout the world.

Known for his versatility and bursts of creativity, John Papas draws symbols for his works from a rich and diverse visual language. Sources include the artist’s Greek ancestry, souvenirs of journeys and travel, religious icons and favourite artworks made in the past.

The themes in ‘A Survey’ are as varied and prolific as the works themselves. Papas views nature as a precious commodity to be treasured; several of his works remind us of mankind’s hand in the destruction of the land, waterways and our flora and fauna.  In other works Papa’s love of dramatic landscapes inspire bold and colourful volcanic plateaus, dangerous harbours and rugged island formations.  In another turn of theme ‘Homage to Michelangelo’ focuses on the figures of the Sistine Chapel and the series ‘A Moment in Time’ captures an elusive fleeting moment that inspires and galvanises.

Papas tends to work in short sharp creative bursts, followed by hours perfecting a painting for an exhibition.  His energy is prodigious; he moves to and from paintings to ceramic murals and collages with ease, alternating when the mood takes him. He often uses a wide range of media; bronze, steel, glass, perspex, ceramic tiles, paper and canvas to express a concept.

Opening on the 30th of March, John Papas’ survey exhibition will assuredly be an encompassing experience of works that demonstrate his wonderful energy, versatility and ability to challenge and provoke thought.