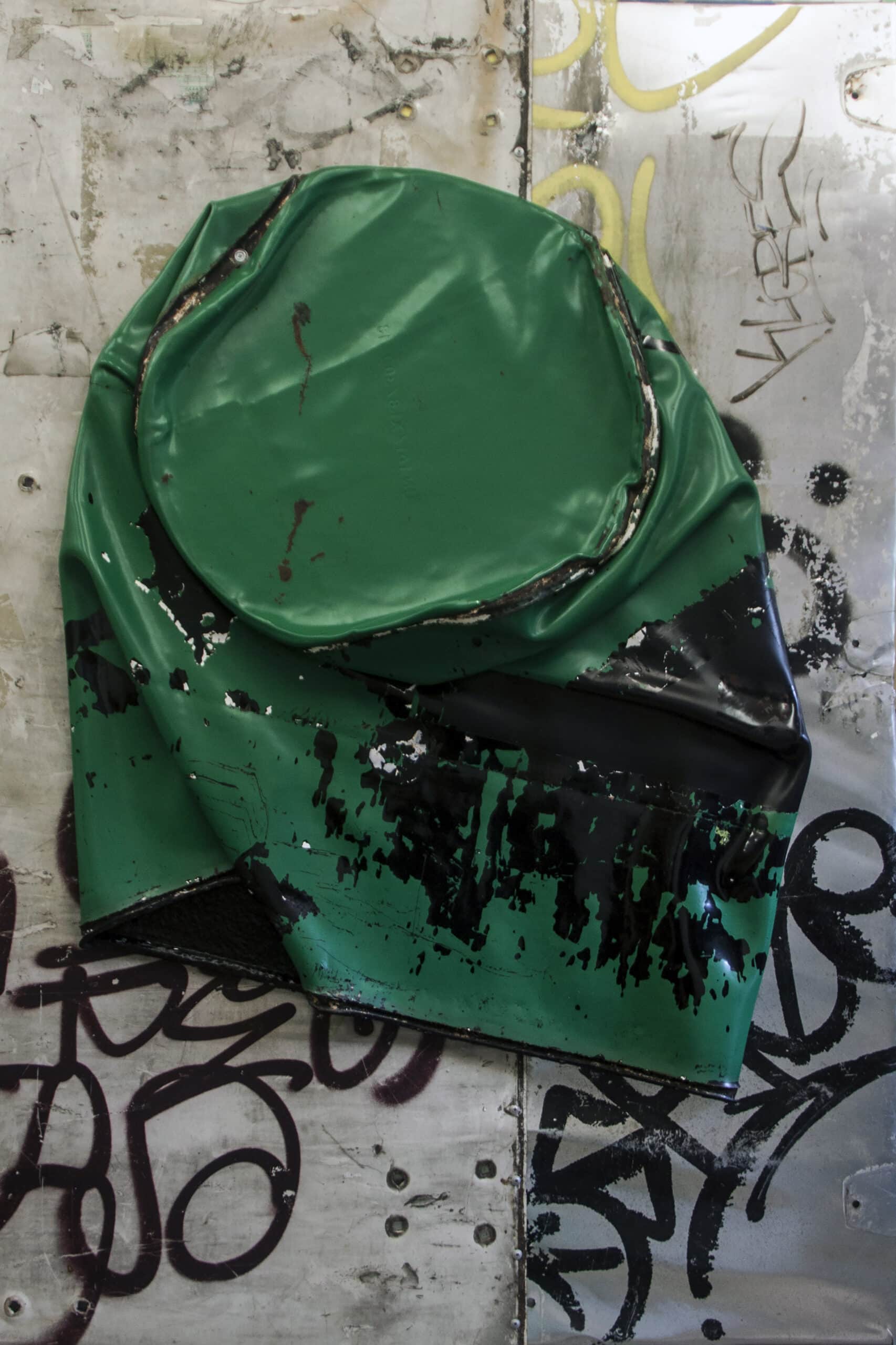 Sefton Rani has always been drawn to the stimulus of wabi sabi, the Japanese aesthetic
described as the “beauty that is imperfect, impermanent and incomplete”. During his travels
this influence has presented itself in many forms from antique Thangka paintings in Buddhist
monasteries, to urban graffiti or the decayed walls of old buildings. This sensibility is
integrated with his Polynesian heritage to create work which he calls “urban tapa”. The
concept is taking the traditional form of tapa and reenergising it with modern materials,
methods and motifs that reflect the contemporary environment we live in.

While working in a paint factory, Sefton had the opportunity to experience paint not as a
decorative element loaded with pigment and squeezed from a tube but as a consumer
product mixed in tanks that held up to 10,000 litres with materials loaded from 25kg sacks.
Paint became an object. Looking at that factory with the build-up of years of spilt paint and
other industrial detritus, an imprint was forged that influences Sefton’s work today.
Sefton’s work is primarily created with the use of paint skins. Paint is typically applied on
glass or plastic and when dry, peeled off and collaged to form layers that represent time and
the history of the object or surface. Occasionally the paint skins are cast on existing objects.

When the skins are removed they hold a negative image of the item they were created on.
The paint skins are usually tempered with combustion and since the paint is applied dry,
chisels, blades, saws and other improvised implements are used to structure the paint
instead of using a brush or roller. The result is organic, thick, multi layered impasto works
that look as if they have been cut out of one location and implanted onto the wall in front of
the viewer. These pieces often utilise text, natural pigments and found objects. The found
objects allow a layer of their own narrative and open up new dialogues with the pieces they
now find themselves located in.

Born in Auckland, Sefton lives and works in Piha and has been working as a full time artist
for the last 6 years. His work shows the multiple forms and ideas being mined
simultaneously in his studio.